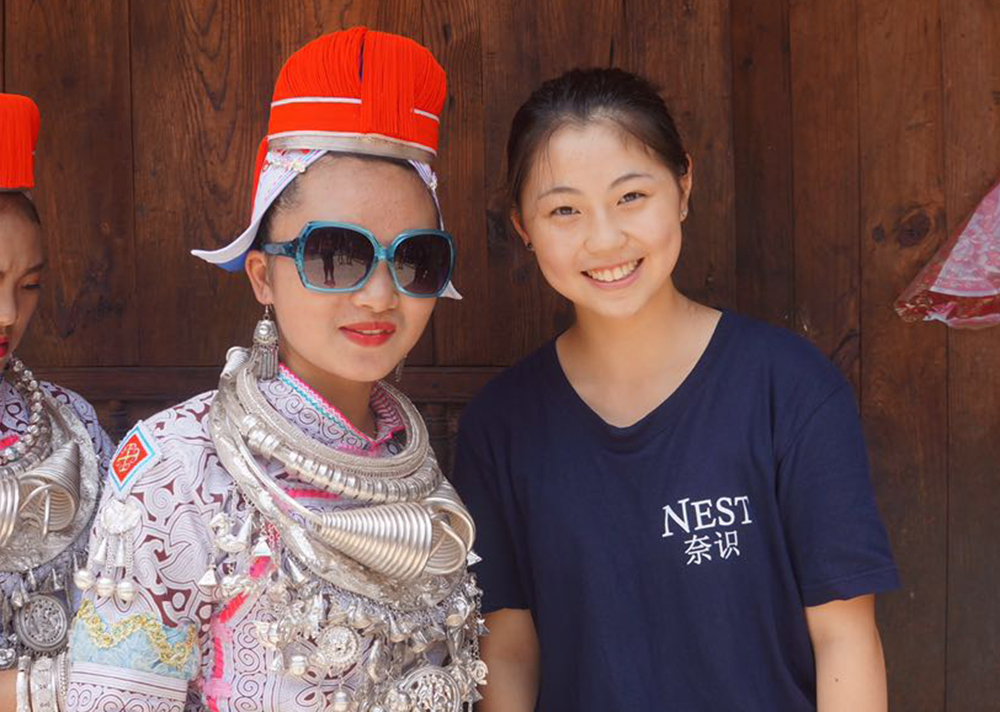 SJS fourth former Emily Zhu spent several weeks over the summer volunteering with an organization called Nest in the beautiful mountains of the Guizhou province in southwestern China, more than 900 miles from her home in Shanghai.

Emily worked on behalf of the Ge people, an indigenous group with a population of 125,000 not officially recognized by the Chinese government.  Including the Han majority, the Chinese government recognizes 56 peoples of ethnic minorities, but the Ge are considered a sub-group of the Miao people.  Having constant conflict with their neighboring Miao, they wish for a separate identity and believe with their unique custom and traditional practices, they are a distinct ethnic group.

“My biggest concern is how they are living within a majority culture (Han) and how their daily life is being interfered,” Emily said. “The younger people are leaving the villages to make money, and they are concerned about being able to preserve their culture.”

This was the second summer Emily spent studying the Ge people, visiting their villages to learn about their culture.  There were 5-6 other students involved in the program with the ultimate goal of getting this population recognized by the government.

“In my first year we wrote an essay about the Ge people,” Emily said. “How they are different, their political views, and what they want people to know about them.  This year, we learned more about how tourism is affecting them.”

To draw attention to their cause, the Ge have found that an increased production of their handicrafts attracts tourism and an awareness of their ethnic uniqueness.

“Tourism provides them with money, so they don’t need to leave the village to find work, which is then a way to keep their culture alive,” said Emily.

Ge women are known for their batik making, which is a technique of wax-resist dyeing applied to cloth. The Ge wear a unique costume that they make themselves, including a headdress that resembles a bow and arrow. They speak a language unintelligible with that of surrounding communities and also make their own musical instrument.

“When I compare my life in the city to their life in the villages, I can see the beauty about the simplicity in their lives,” Emily said. “When I’m visiting, I feel I have a duty to help them preserve their culture.”

Emily plans to return next summer, with the goal of doing more outreach to news outlets about the Ge people.