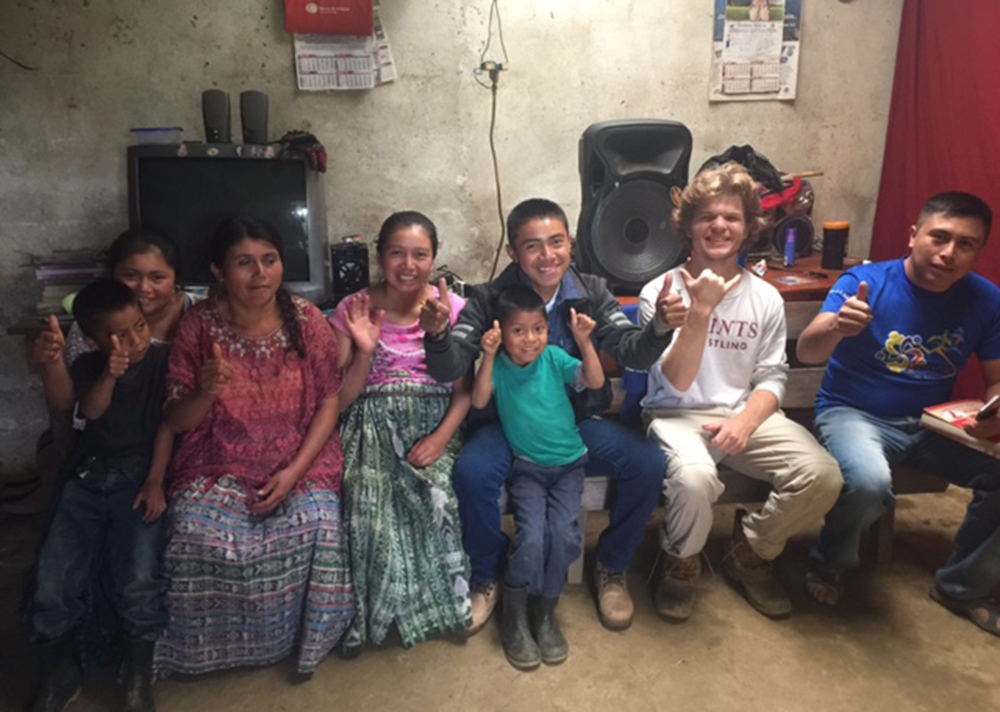 “Come as you are but don’t leave as you came.”  This was a central theme during sixth former Mark Spicher’s week-long summer trip to Guatemala where he spent time with the Community Cloud Forest Conservation (CCFC).

“CCFC has educational programs for women from the villages, where they stay for a few weeks and learn about the best crops to grow, crop rotation, how to plant without destroying the forests, and how to use the trees to your benefit,” said Mark.

Less than two percent of Guatemala is cloud forest, but they account for a much larger percentage of Guatemala’s water.  The cloud forests are being lost as farmers use the “slash and burn” technique to clear land.  This leaves the soil less fertile than before, and it isn’t long before farmers are forced even higher up the mountain in search of more fertile soil.

CCFC reforestation projects are grassroots initiatives, getting “buy in” from village families through education, field trips, and job opportunities.  They are educated about the importance of the cloud forest.
Mark traveled with a group of 15 people, including his mother Sabina, SJS parent Jeff Quelet, and SJS alumni parent Diana Gaviria. They spent most of their time at CCFC’s agro-ecology center, which runs on hydroelectric energy and has sawdust toilets.  They also stayed one night in a remote village with the Q’eqchi Maya people who are native to the area.

“The most interesting part of the trip was staying in the village for the night. It was nerve-wracking because we didn’t speak the same language [they speak Q’eqchi],” said Mark. “It helped that I had three years of Spanish here, and one of the men worked in Guatemala City so he spoke Spanish as well.”

Mark said they spent time playing soccer and volleyball with the children in the village, who were shy at first but enjoyed playing with his phone.  They also went on a few challenging hikes that led to spectacular views in the mountainous region.

Mark said the village was self-sustaining, with the villagers relying on themselves for everything they need.

“It was such a different culture. They were so proud of what they had, even though it wasn’t much,” said Mark. “It made me feel more thankful seeing firsthand how much they appreciate what they have.”