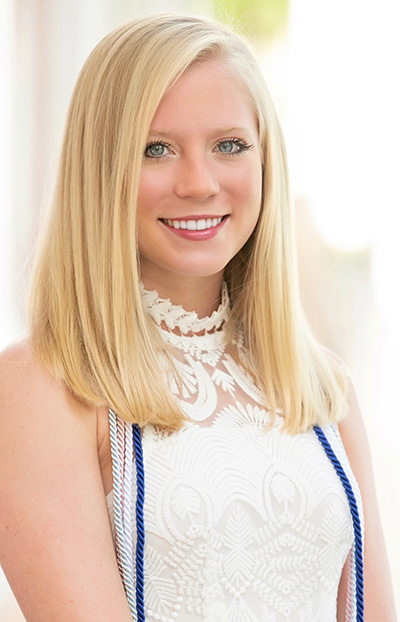 A recent graduate of Washington and Lee University, Kathryn McEvoy (SJS ’15) received a Fulbright English Teaching Assistantship to Spain for 2019.

Founded in 1946 by U.S. Senator J. William Fulbright, the program offers fellowships for U.S. graduating seniors, graduate students, young professionals and artists to research, study, or teach English abroad for one academic year.  It is considered to be one of the most widely recognized and prestigious scholarships in the world.

McEvoy will be in Asturias, Spain during her nine-month assistantship, which will run from September 2019-June 2020. She will work at an elementary school providing English support for their bilingual program. When not in the classroom, McEvoy hopes to continue volunteer efforts with domestic violence shelters and assisting underserved populations, work she was heavily involved in while at Washington and Lee.

“I can truly say I have this opportunity to serve because of the way Saint James and Washington and Lee both provided me with the skillset, experiences, and parts of education not confined to the classroom that make me a candidate for something like this,” she said.

McEvoy received her B.A. in global politics with a minor in poverty and human capability studies, the most popular minor at Washington and Lee.  The poverty minor is part of the Shepherd Higher Education Consortium on Poverty (SHECP), a collaboration between more than two dozen colleges and universities that integrates rigorous classroom study of poverty with tailored and focused summer internships and co-curricular activities.

She said she intended to major in pre-med but participated in a volunteer program prior to orientation and immediately knew that type of work was something she wanted to pursue.  Needing 10 credits to earn the poverty minor, she graduated with upwards of 20.

One of the more unique experiences she had as part of her coursework was a collaborative classroom with a prison that was an hour away from Washington and Lee’s campus.

“For three days a week for three hours, 10 students and a Washington and Lee professor went into the correctional facility and learned about Martin Luther King, Jr.’s theories of love, justice, and forgiveness with 10 offenders and talked about human dignity and the penal system and how that factors into holding people accountable,” she said.

McEvoy spent several years volunteering with Washington and Lee’s English for Speakers of Other Languages (ESOL) program.  The organization provides various services to immigrant members of the Rockbridge County community, from tutoring in the home and translating documents to interpreting in the courtroom and connecting them with available resources.

McEvoy started as a tutor and worked her way through various positions including Chair of Family Tutoring and Community Coordinator, before serving as Co-President her senior year. 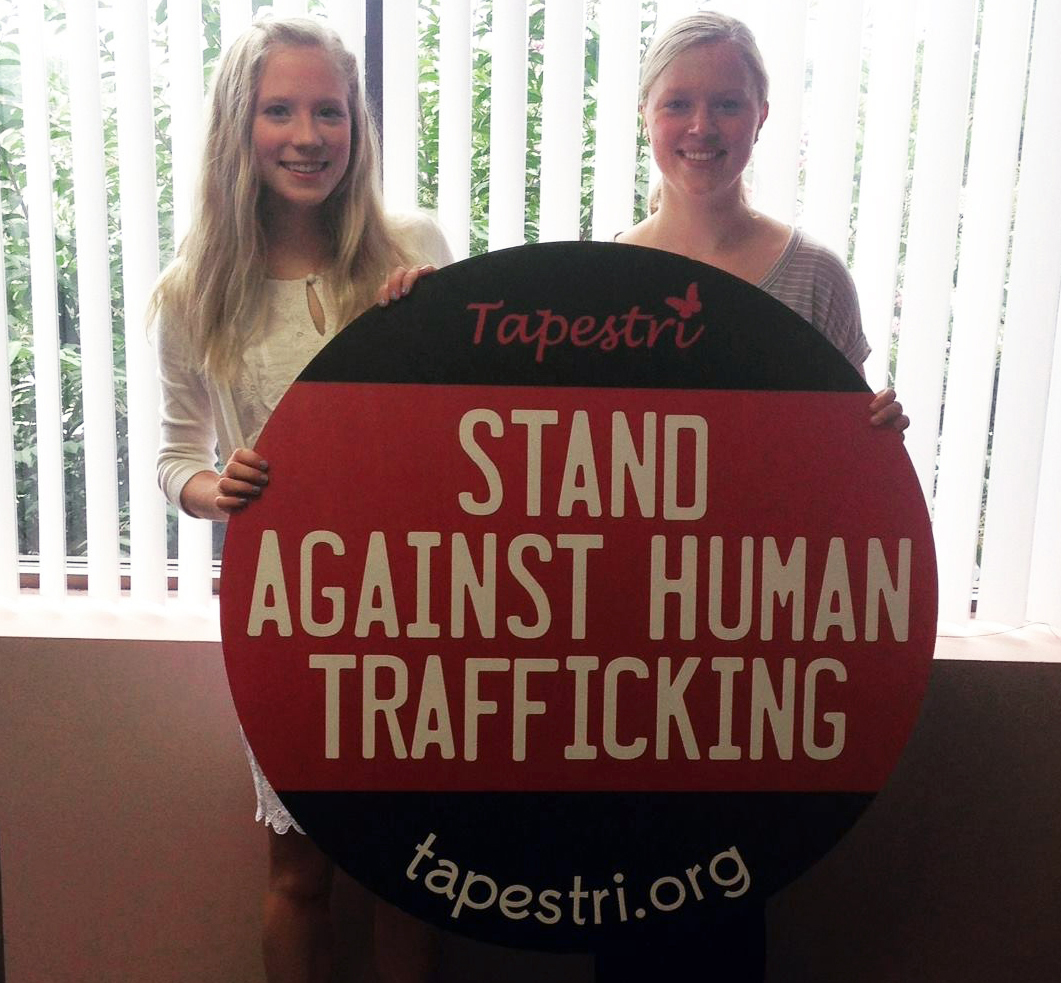 The summer before her junior year, McEvoy participated in her Shepherd Internship, as part of the SHECP program, and spent eight weeks in Atlanta, GA with an organization called Tapestri.  The organization provides advocacy to immigrant victims of domestic violence or human trafficking.

“I functioned in that organization as a quasi-case manager,” she said. “I worked with several different clients and did everything from daily visits to their home to deliver food or clothes to counting donations to filing paperwork for immigration petitions as well as accompanying clients to the doctor or courthouse appointments.”

After returning to Washington and Lee, McEvoy became involved in Project Horizon, a domestic violence shelter that is near the campus. Because of her involvement with ESOL, she was able to help start a very beneficial partnership between ESOL and Project Horizon.

“We started hosting weekly English classes at Project Horizon every Monday night,” she said. “That allowed us to get members of the ESOL community comfortable coming to Project Horizon for the classes, which then opened the door to have a conversation about the type of services they offered.”
McEvoy credits Saint James School for developing her love of language learning, and fondly recalls her AP Spanish class with Ms. Sherman.

“One of the best things in that class was that she took Spanish language learning outside of just grammar and the repetitive memorization of vocabulary," she said. "She inspired us to read literature and appreciate the beauty of the language and how that can work its way into other things I was passionate about like reading or art, or working in the community like I did at Washington and Lee."

One other lesson McEvoy took with her was about community. She recalls Father Dunnan giving a sermon about how his dog, Charlie, can make his home anywhere he travels.

“The biggest message conveyed within that speech was that learning how to make your home anywhere means becoming a part of that community, and not being critical, and not being half present, and understanding the community outside your campus bubble and then recognizing the ways those different parts of the community can fulfill your life and make it more complete,” she said. “I think Saint James definitely prepared me to think in that way and seek out opportunities that allowed me to live that way which is how I ended up with ESOL, and Shepherd, and Fulbright.”

Her time at Saint James also taught her to understand that teachers and mentors are members of the community, too.

“It was a big part of my experience at Saint James to recognize that every person on that campus was invested in me as much I was invested in my education and the impact that people who are that invested in you have in your success, and your life, and happiness,” she said. “I carried those skills to Washington and Lee to form relationships with friends, mentors, and professors, and that helped me through things like the application process for Fulbright and just the daily life of being a college student.”

In addition to being a prefect, tour guide, and senior reader in chapel, McEvoy was on the volleyball and tennis teams. She says the sports participation requirement taught important skills of time management and commitment.

“You learn to recognize that your sport or volunteer work is not something that you’re choosing to do, it becomes a responsibility that you committed to and people are going to expect you to be there and expect you to show up,” she said. “I learned how to respect and value that commitment because of what I learned on the sports field.”

Before she departs for Spain, McEvoy is spending time with family, camping at national parks out West, and studying for the LSAT, which she will take in July.  She hopes to enroll in law school in the fall of 2020 and play a role in bringing change in immigrant and women’s rights through legislation.