Sophie Abeles ’16 recently received a Fulbright English Teaching Assistantship and will be heading to the Canary Islands in September for her nine-month grant.

Founded in 1946 by U.S. Senator J. William Fulbright, the program offers fellowships for U.S. graduating seniors, graduate students, young professionals and artists to research, study, or teach English abroad for one academic year.  It is considered to be one of the most widely recognized and prestigious scholarships in the world. The program strives to facilitate “cultural exchange through direct interaction on an individual basis in the classroom, field, home, and in routine tasks.”

"I truly do not believe I would be in this position without the help of Saint James," Sophie said. "I went to Boston University as a prepared, organized, and mature student because of the practical and academic knowledge afforded to me at Saint James."

Sophie will be on Gran Canaria in the Canary Islands, a Spanish archipelago off the coast of northwestern Africa, from September through June. She will be splitting time between two different schools each week as a teaching aid for young children.

“I’ll be working with students doing things like reading groups, ESOL instruction, and coming up with activities,” she said. “I’ll also serve as a cultural ambassador, so I’ll teach them about U.S. holidays, customs, and things like that.”

While at BU, Sophie spent a semester studying abroad in Madrid, Spain, taking all of her classes in Spanish and participating in an internship with an immigration defense firm. That experience also informed her decision to choose Spain as her country when applying for the Fulbright.

“My host family [in Spain] really gave me an inside look into residential life in Madrid and what the locals did in their day-to-day, and I loved that experience,” she said. “When I do Fulbright, I’m hoping to live with locals again, and I’m really excited to meet everyone and work with the students.” 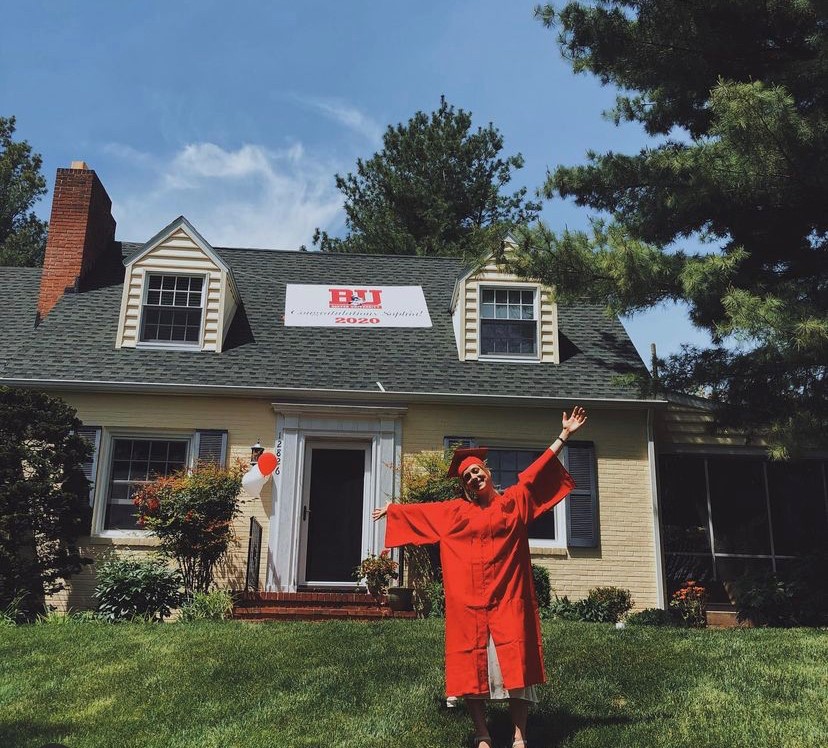 After her semester in Spain, Sophie spent six weeks that summer in Bogotá, Colombia with a program called Red Tree Study. Students from all over the world came to the University of Los Andes for an intensive research seminar and field study.

“We were looking at the negotiation process between FARC (Revolutionary Armed Forces of Colombia) and the government because they’ve been in long-standing conflict,” she said. “We got to talk to UN officials and ex-FARC members. It was an amazing experience, and it made me want to keep traveling and keep learning. Something I talked about in my essays for Fulbright was that I’ve had these fantastic experiences, and I want to continue learning and building perspective that’s not right outside my front door.”

Sophie also volunteered with the Intergenerational Literacy Program while at BU, where she thinks the mentoring skills she learned as a peer tutor and prefect at Saint James were able to help her.

“It was geared towards migrant parents and helping them with their educational goals, career goals, and language learning,” she said. “Their kids would come for an after-school program, and we would work with them on homework while their parents were learning. It was an awesome experience.”
Sophie’s love of learning the Spanish language started early. Her mother, Stacey, was involved in English Language Learning (ELL) programs, and she would tell her children (Sophie and her brothers, Connor ’14 and Zach ’10) that they needed to learn the language.  Sophie said she started learning Spanish in middle school, but developed her passion while at Saint James.

“The foundation I received from the Spanish language department helped me come into BU a much better Spanish speaker than some of the kids in the upper-level classes,” she said.  “Ms. Sherman was giving me extra work my senior year at Saint James because I knew I wanted to major in Spanish in college, and that obviously paid off.”

Sophie said a commonality between the Fulbright program and Saint James is to think of others.

“Part of Fulbright is that you want to help other people learn and learn yourself and be an adventurous person,” she said. “The first time I truly interacted with a native Spanish speaker who was not someone bilingual from the U.S. was on a Saint James trip to Nicaragua. Working with the students there was a fantastic experience and showed me I’m comfortable traveling and in new environments.”

Sophie is exploring graduate programs for when she’s finished her Fulbright program, looking into law and policy, with an interest in migration and human rights.

“I’m looking at schools in Europe because I want a different perspective,” she said. “I’ve been in school in the U.S. my whole life, so it would be cool to have perspectives from people who are coming from all over the world.”