A group of 13 SJS students traveled with Mr. and Mrs. Batson to Belgium and France over spring break to study the history of World War I. The trip came just after the Centennial remembrance of WWI, and they visited several important sites during their eight days abroad, including Passchendaele Memorial Park where they did a battlefield tour and climbed into the trenches. They also visited the Ploesteert Memorial, the Somme Trench Museum, and the Argonne battlefields. It was a great learning experience, and they had fun exploring the villages, shopping, and enjoying delicious crepes.
Emily Zhu '21 and Will Zimmermann '21 provided photos of some of their favorite moments from the trip.

Emily: On the first day, we visited a local church in Mons, Belgium. The church was decorated with stained glass windows and spectacular statues. Listening to the gentle chime of the organ, it reminded me how Mrs. Stowe plays the organ every single day for chapel. 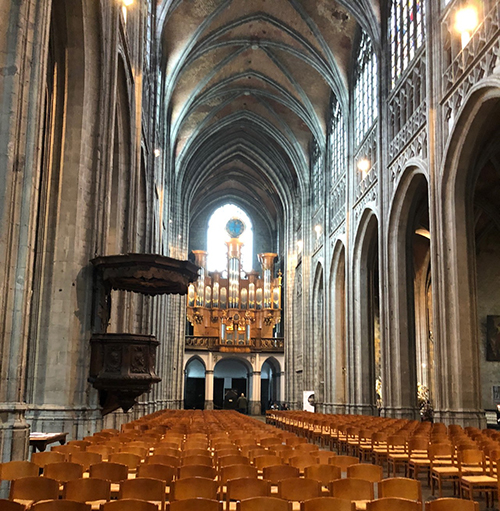 Emily: Located in France, the Canadian National Vimy Memorial remembers 11,285 Canadian soldiers who died unknown. It overlooks the broad fields and rolling hills of Northern France. We were amazed by the size of the monument and acknowledged the resting place of those anonymous Canadian soldiers. May they rest in peace. 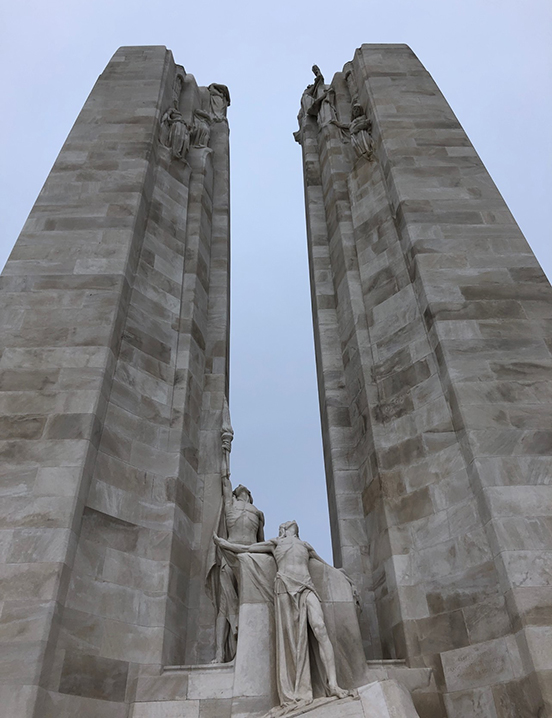 Will:  One unfired bullet and one bullet casing, both found at the Argonne Forest. 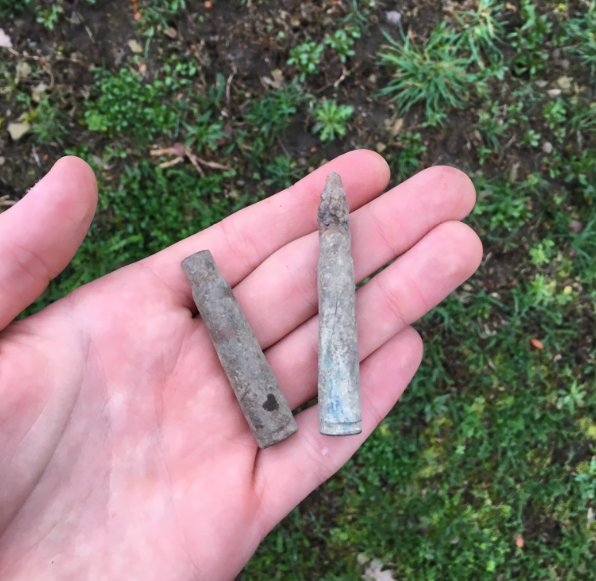 Emily:  This is what a typical trench would look like. We learned about trenches in MEH class but to see what it looks like was a whole other perspective. 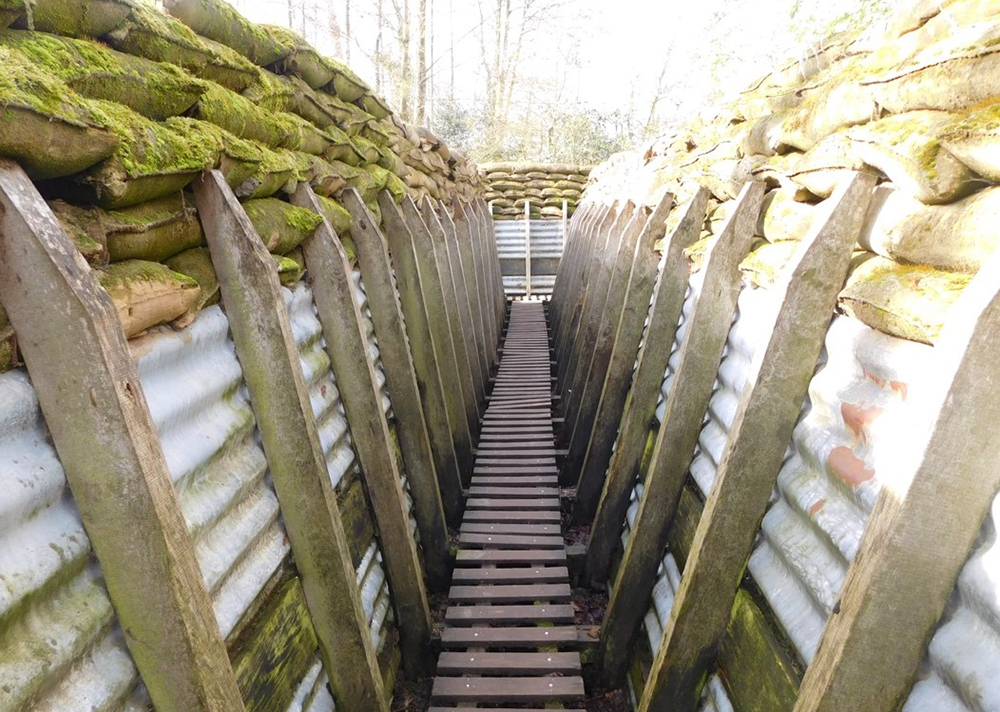 Will: The Royal Belgian Palace in Brussels. 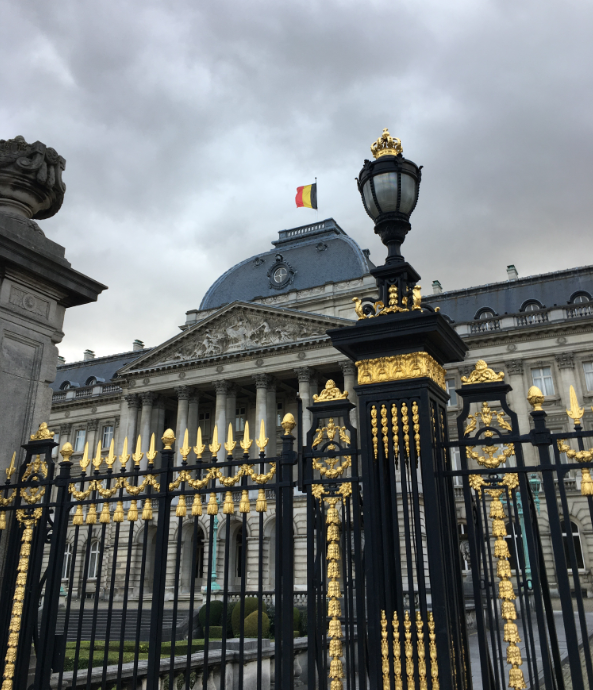 Emily:  This is the only memorial for American soldiers in World War I. It is located in Ypres, Belgium next to a vast field. Thank you Mr. and Mrs. Batson who requested the tour guides to add this additional stop on our trip.

Emily: On December 25, 1914, weary soldiers from both trench lines cross the no man’s land and celebrated Christmas together. The soldiers exchanged pictures of their family and friends. They even had a soccer match going. It was an unofficial ceasefire; however, they resumed fighting the very next day. Some soldiers even recognized those that were killed in the opposite trench. Standing in front of the Christmas Truce Memorial, we suddenly realized just how bitter a war can be. 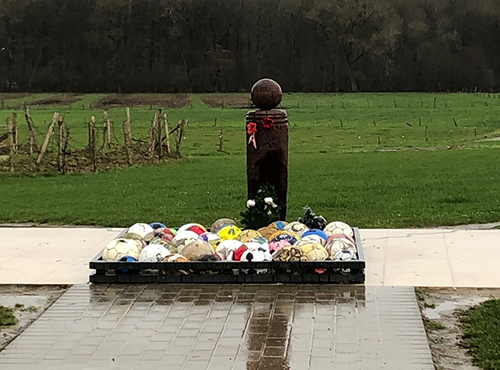 Emily: The inside of a mortar bullet, a common weapon in trench warfare, shooting 50+ bullets like a rain storm. 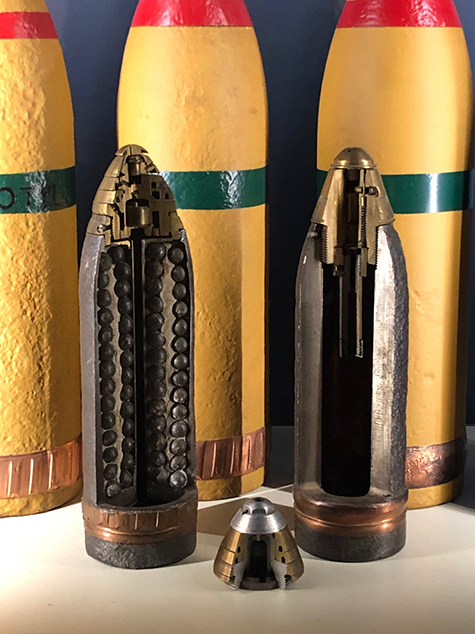 Will: The Douaumont ossuary and memorial for soldiers who died in the Battle of Verdun. 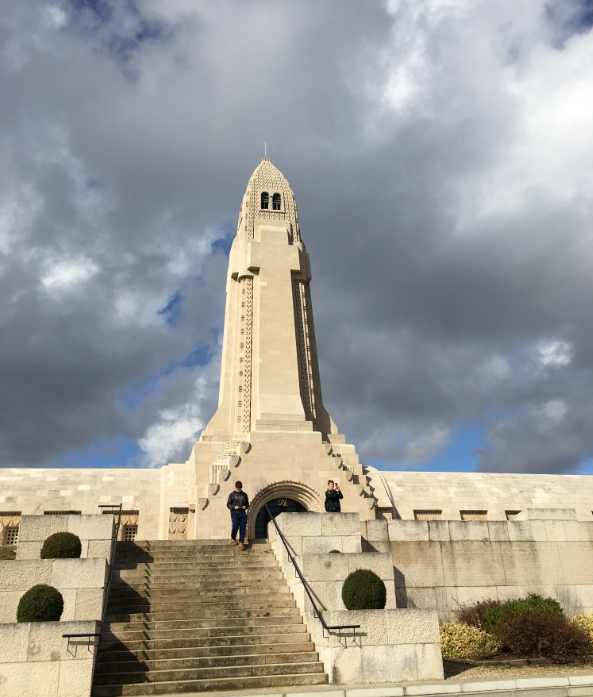 Will: The Peeing Boy statue in Brussels, sporting some crude attire. 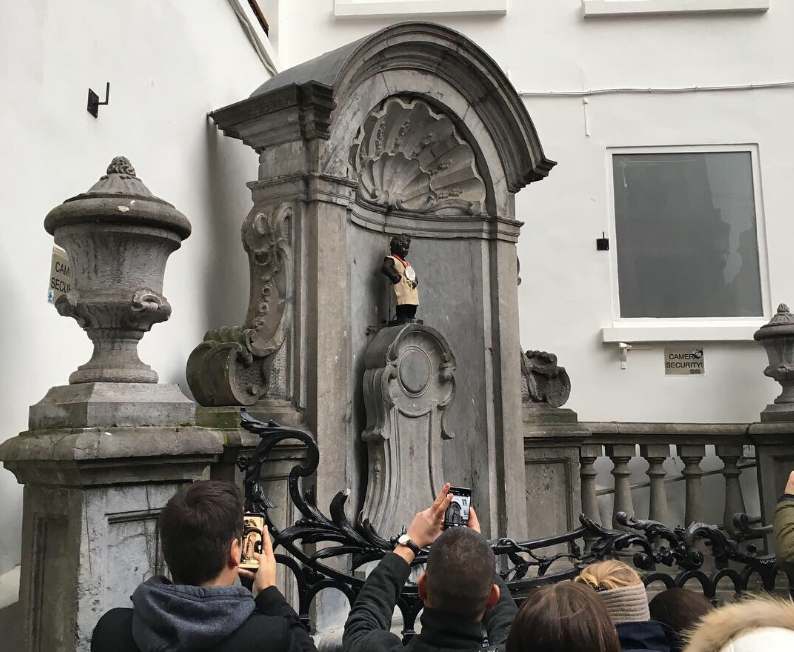