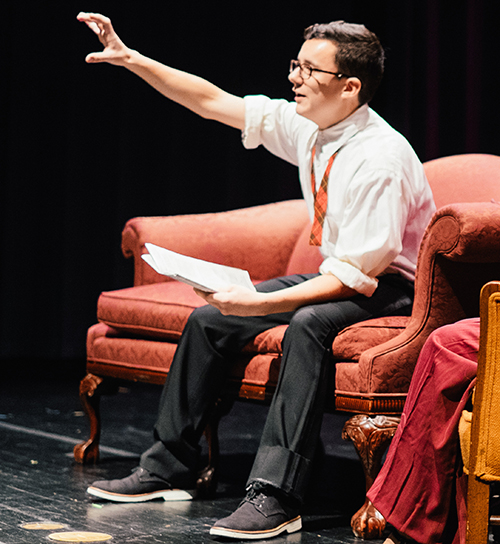 Jack Walker is from Thurmont, MD, and attended Mother Seton School in Emmitsburg, MD prior to coming to Saint James School in the third form.  He took full advantage of opportunities to be involved on campus.

“So much happens in such a small place,” he said. “If you really get involved, there’s a lot for you to do.”

Jack was a member of the cross country and tennis teams, acted in the fall play, and played cello in the string ensemble.  He also held leadership positions with the student newspaper and in chapel, where he was the Senior Reader.

Jack most enjoyed spring break trips he took with the school to Nicaragua and Iceland, and will miss the SJS community.

“I’ll miss the friends and sense of community. It’s so easy to walk out your door and get together with your friends because you’re all on the same schedule,” he said.

Jack will attend Brown University in the fall, where he is interested in studying Spanish and biology or another life science.

To future students, Jack says, “Manage your time well and don’t be afraid to do more than you think you can because it will get easier.”