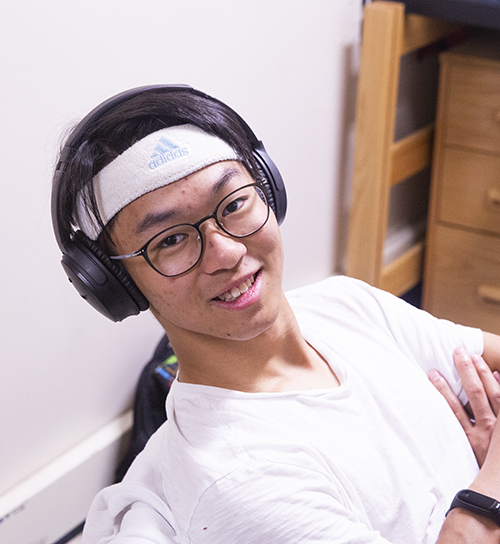 From Shanghai, China, Tom Tang came to Saint James School in his third form year.  He made a smooth transition from his school in China and feels he made more close friends being in the Saint James community.

“My middle school in China was a day school and you just go to class together,” he said. “But here, you live with everyone and really get to know them and become really close. Especially if you get involved or do sports, like I was on the wrestling team, and everyone was like brothers.”

In addition to being a member of the varsity wrestling team, Tom was on the tennis team, played saxophone in the wind ensemble, was in the Maker Club, and was a member of the Saint James Chapel Choir.

In the fall, Tom will attend the University of Southern California where he plans to major in industrial engineering while possibly also studying business.  He said he will most miss the people he has come to know during his time at Saint James.

His advice for new students is to, “follow the rules and make the most of your time here.”