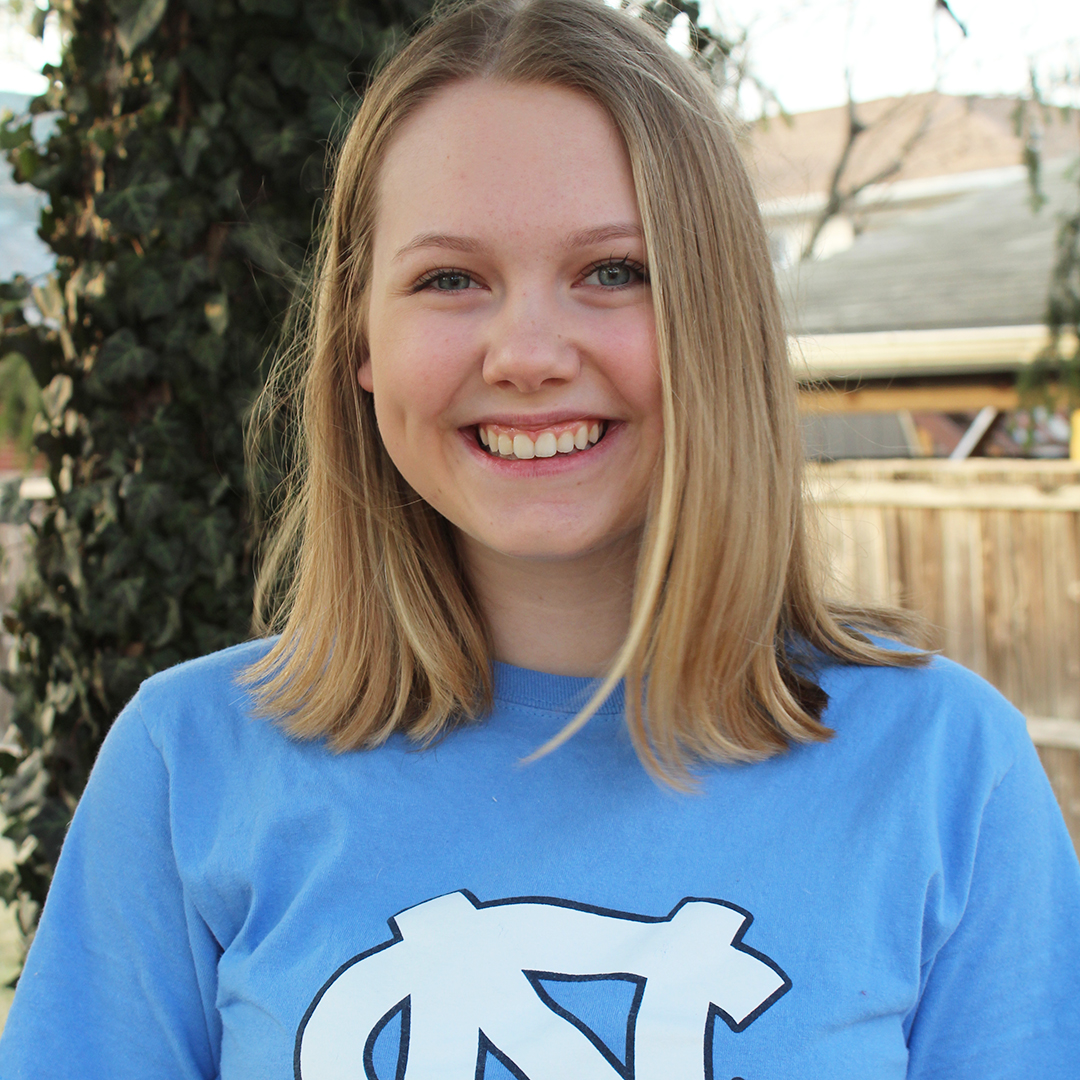 Congratulations to Laurelle Maubert who received the Morehead-Cain Scholarship to the University of North Carolina-Chapel Hill. She is one of 76 scholars in the Class of 2025 from across the United States and the world.

The Morehead-Cain Scholarship covers all expenses for four years of undergraduate study at UNC-Chapel Hill, plus features a distinctive program of summer enrichment experiences. Criteria for selection include leadership, character, academic achievement, and physical vigor. Recipients are chosen based on their record of inspiring peers to work together, displaying courage and humility, and thriving in an academically rigorous environment.

At Saint James, Elle earns Academic High Honors, and she has been a member of the cross country, dance, and lacrosse teams. She writes for the Jacobite (student newspaper) and has served as a Tour Guide and as co-leader of the Model United Nations Club.

In addition to her many school obligations, Elle has served as a community advocate, and was a recipient of the 2020 Maryland Women of Tomorrow Award. She co-founded the Frederick County Chapter of Students Demand Action, where she has helped to lead local advocacy initiatives for common-sense legislation. Elle had the honor of presenting the keynote address at the Frederick Women’s March in 2019. She was also honored as the Pax Christi Metro DC-Baltimore’s Peacemaker of the Year in 2018.

Best of luck to Elle at UNC-Chapel Hill!

Read the official announcement from the Morehead-Cain Foundation.